The first “garden cities” appeared in Belgium about a hundred years ago. We now ask ourselves, a century later, whether their philosophy based upon collective and cooperative living is likely to provide solutions to the current housing crisis. CIVA intends to address this question by means of an exhibition and a symposium. 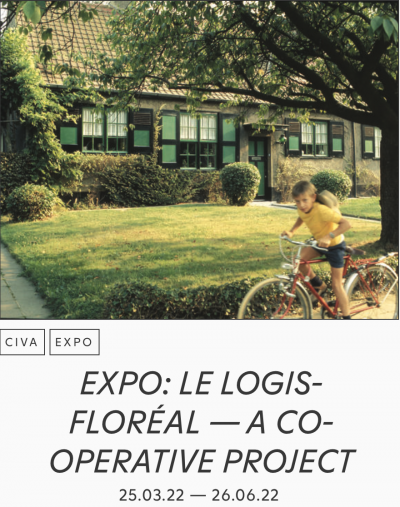 At the end of the First World War, a housing crisis was raging in Belgium. The shortage of materials caused construction costs to soar, the scarcity of building land fuelled speculation, and reconstruction after the bombing was painfully slow. This situation only aggravated the working classes’ already miserable living conditions, driven by the rural exodus to the cities which began in the mid-19th century.

While searching for solutions, some of the public authorities and the architects of the Belgian modernist avant-garde proposed the “garden city” model: a housing estate in a green area on the city’s outskirts. The model had many advantages: the building land was cheaper, and the use of standardisation and modern materials like concrete helped to reduce costs and speed up the construction process.

Some of these garden cities of the 1920s favoured the economic and socio-cultural model of cooperative housing: each resident was a tenant in his or her own home but co-owner of the entire garden city. This model implies not only the creation of a number of living spaces and collective facilities, but also a balance between the individual and the collective, the private and the public, unity and diversity.

Today, the issue of collective housing is once again on the agenda. The exhibition, which is mainly devoted to “Le Logis-Floréal”, and a colloquium with Belgian and international guests places the cooperative garden city in a historical perspective and examines the model’s relevance with regards to today’s challenges in terms of architecture, urbanism, landscape, and contemporary socio-economic and cultural contexts.