In 2018 and 2019, BOZAR will set up a series of artist residencies in houses in Brussels, Barcelona, Naples and beyond, that have hosted the greatest minds. 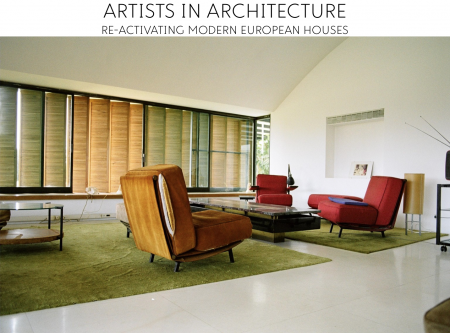 These houses, often built by the most avant-garde architects of their time and in which some of Europe’s most brilliant personalities lived or met, were privileged witnesses of Europe’s intellectual effervescence at several moments in its history.

Supported by the European Commission (Creative Europe), the BOZAR initiative, organised in partnership with the Mies van der Rohe Foundation of Barcelona and the University of Naples-Frédéric II in the framework of the European Year for Cultural Heritage 2018, will stimulate meetings between contemporary artists, young architects, students and the general public, offering a promising intergenerational and international dialogue.

In the framework of 2018 European Year of Cultural Heritage,
Co-funded by the Creative Europe programme of the European Union,
Support: University of Naples, Fundació Mies van der Rohe