In the history of Europe, 1918 is primarily associated with the end of the First World War. But in Central and Eastern Europe 1918 also meant the rapid disintegration of the Russian, Habsburg, German and Ottoman empires and the birth of nine new states (Austria, Hungary, the Kingdom of Yugoslavia, Czechoslovakia, Poland, Lithuania, Latvia, Estonia and Finland), wishing to build modern societies. 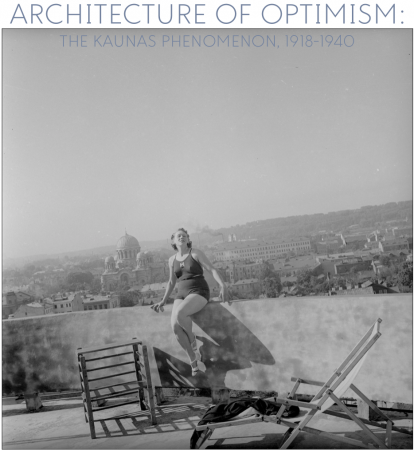 The modernist architecture of Kaunas reflects the optimistic ideals of the 1920s and 30s. As temporary capital of the newly founded independent Republic of Lithuania, Kaunas underwent a miraculous metamorphosis. In less than 20 years its inhabitants erected more than 12,000 buildings, transforming the city into a modern, elegant European capital. After the Second World War and subsequent occupation of Lithuania by the Soviet Union this modernist architecture served as a constant reminder of its earlier independence. Today it is a heritage that is the basis of the Kaunas identity. Yet this exhibition is more than the story of a city. It also provides insight into the continuous creation and collapse of dreams, how ideas and forms seek a path, find a site and develop into a genius loci or spirit of a place. 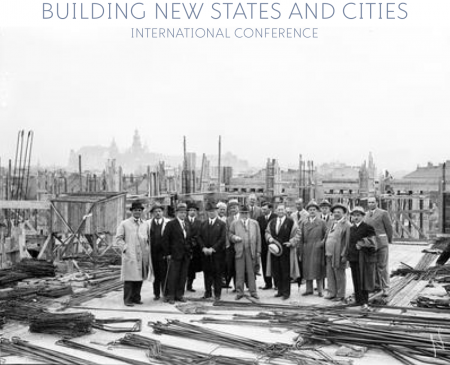 Immediately after 1918 newly established states of post-imperial Central, Eastern and Southeastern Europe embarked on an ambitious project of building new cities and national capitals. Seeking to cope with the destruction of war, driven by the desire to modernize the cities and to embody new national imageries in the landscapes of new capitals, the state authorities together with the professional architects and urban planners initiated a program of radical transformation of the multi-ethnic imperial cities in the interwar period. Tracing the history of competing visions for the capitals and other cities help us shed light on the multiple tensions between the quest for national identity, the aspiration to Europeanisation and modernization drive nurtured by the transnational admiration of modern technology. These numerous contradictions shaped such European cities as Prague or Bucharest, Bratislava or Sarajevo, Budapest or Kaunas.

The two-day international conference (16-17 November) aims to revisit the recent scholarship and question how the history of these different cities could be written today beyond the nation-state narratives or beyond the celebration of avant-garde experimentation. Neither nationalisms, nor modernisms were unique driving forces of development of these diverse yet interconnected places. What are other less known forces that reshaped the interwar cities across Central, Eastern and Southeastern Europe? What is the role of the imperial legacies in different cases? What is the role of new technologies, materials and infrastructures? How the immaterial practices inherited from the past and the intervention of new objects in the everyday life helped to forge new national versions of modernity?