The Hague / Luxembourg, 16 January 2018 – At the opening of the European Year of Cultural Heritage, Europa Nostra announce the 12 heritage sites shortlisted for the 7 Most Endangered programme 2018 by a panel of experts in various fields. These endangered heritage landmarks from 10 European countriesare: the Historic Centre of Gjirokastra, Albania; the Post-Byzantine Churches in Voskopoja and Vithkuqi, Albania; the Historic Centre of Vienna, Austria; the Coal Preparation Plant in Beringen, Belgium; the Buzludzha Monument, Bulgaria; the Aerial Cableway Network in Chiatura, Georgia; the David Gareji Monasteries and Hermitage, Georgia; the Castle of Sammezzano, Tuscany, Italy; the Constanta Casino, Romania; the Prehistoric Rock-Art Sites in the province of Cadiz, Spain; the Prinkipo Greek Orphanage, Princes’ Islands, Turkey; and the Grimsby Ice Factory, United Kingdom. Some of these sites are in danger due to neglect or inadequate development, others due to a lack of resources or expertise. The final list of 7 most endangered heritage sites in Europe will be unveiled on 15 March. 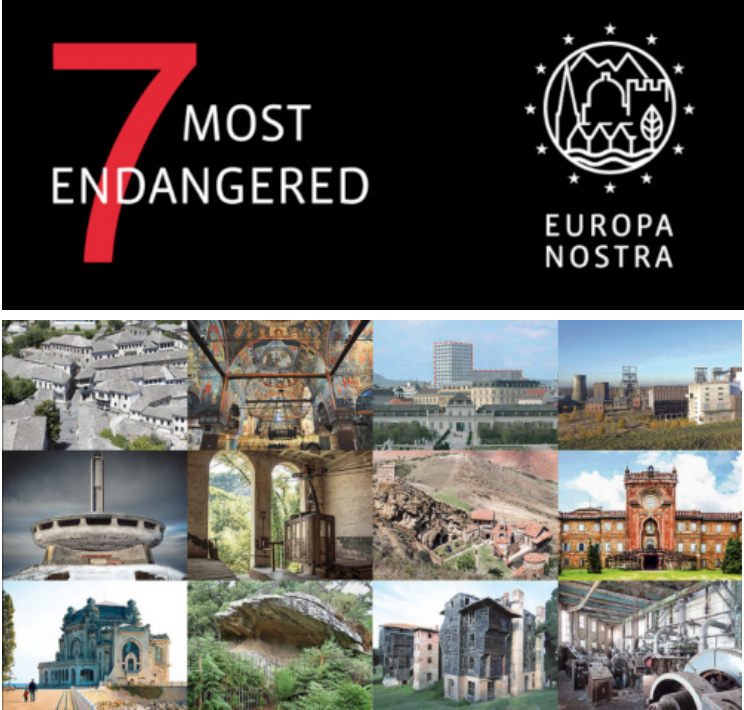 This coal preparation plant is part of the Beringen mining site, a large former coal mine in the province of Limburg. This coal mine is an important example of the large-scale developments in coal extraction that took place in Europe and the rest of the world in the 20th century. With its equipment, this is the only such plant preserved on a European and even on a global scale. 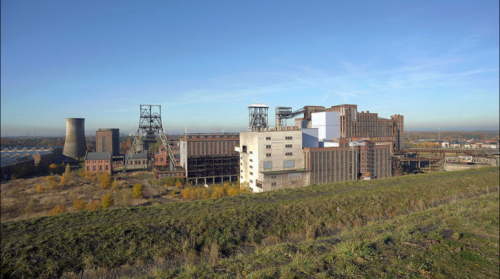 The building of this large coal preparation plant started in 1923-1924 (coal washery 1) and was later enlarged (coal washeries 2, 3 and 4). The four components together form one massive iron, steel, brick and glass building.

The Beringen mine and the four components of the building were protected as an Historic Monument in 1993 – 1994 by the Flemish Government.

In 2003, an industrial archaeological study was performed on the whole coal mine, including the coal preparation plant. This study concluded that the safeguarding of the plant would be expensive, but that the building was indispensable to the understanding and interpretation of the industrial scale of mining in Europe.

In 2009, the re-use of the mine was assigned to PPP Company BE-Mine, with its main partner, LRM – the Limburg Reconversion and Investment Company, and a number of construction and real estate companies. They concluded that the conservation of the complete coal preparation plant was not possible and – without a thorough study of the building’s history – decided on the imminent demolition of coal washeries 1 and 3. The reasoning behind this decision is due to the so-called excessive cost of restoration and the alleged limited re-use possibilities of the coal washing and sifting plants. On the grounds of the coal washery 1, a carpark will be located.

For coal washery 1, a demolition permit was requested before the summer of 2017 by the PPP Company BE-Mine. It is predicted that once this coal washery is torn down, the procedure to demolish coal washery 3 will be initiated. However, although there seems to be political agreement on the demolition, the legal protection of the building hasn’t yet been lifted and apparently the demolition request does not take this into consideration.

In mid-October the demolition permit was refused by the City Council of Beringen due to the heritage value of the building and its protected status. However, the company submitted an appeal to the provincial government, which will now study the case and make a decision before 1 March 2018.

The company’s plans for development suggest keeping just one of the four buildings. This neglects to acknowledge the importance of the integrity of the building. In this way, the demolition of the first component could set a dangerous precedent for further destruction of the building, leading to the incremental loss of the entire site.
The nomination for the 7 Most Endangered programme 2018 was made by the Flemish Association for Industrial Archaeology.