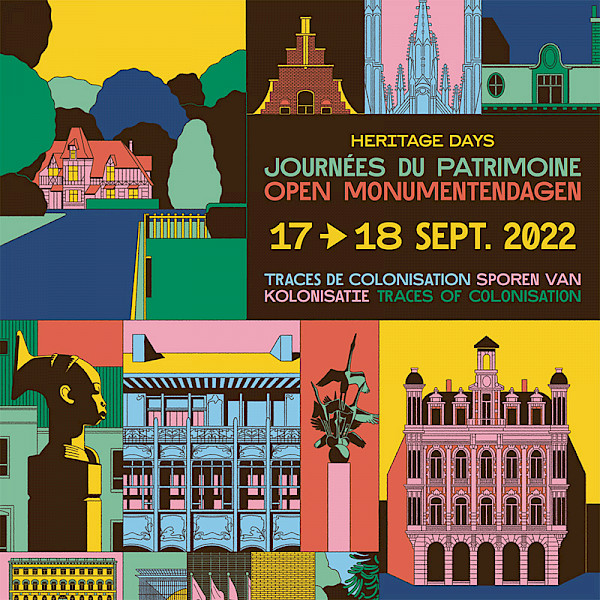 This year’s theme of the Brussels Heritage Days 2022 concerns the relationship with colonisation and the direct and indirect links forged with the Congo since the 19th century.
The Brussels-Capital Region wanted to showcase ‘must-see’ locations around the city, as well as its museums and their collections.

See below the Docomomo Belgium selection of some visits and walking tours linked to modernism:

Walking tour: From the Sabena building to the former colonial administrative district 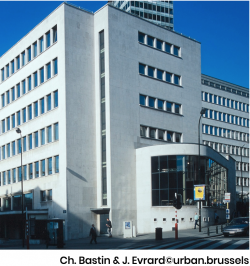 Starting from the Wings Tavern, in the building formerly occupied by Belgium’s one-time national carrier Sabena and a gathering place for colonials in Brussels, this tour will immerse you in Belgium’s colonial history. It will proceed to Place de la Liberté/Vrijheidsplein – once home to Banque Industrielle Belge, the bank founded by Baron Empain, whose role in the colonisation process will be discussed – and pass in front of Lever House, the former headquarters of palm-oil company Huileries du Congo Belge. You will then pass by the statue of Henri-Alexis Brialmont, colonial advisor to King Leopold II, before heading to Parc de Bruxelles/Warandepark, near to which many colonial headquarters were located …
read more 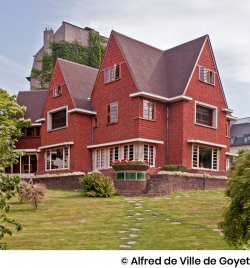 Construction work on the house of David van Buuren and his wife Alice began in 1928. It was overseen by Brussels architects Léon Govaerts and Alexis van Vaerenbergh, who dreamed up a residence that would masterfully showcase the modern style in vogue at the time, Art Deco, on both the inside and the outside. The van Buurens were keen collectors and patrons of the arts and decorated their home with taste and elegance …
read more

Joseph Diongre won the competition to design the new home of the National Institute for Radio Broadcasting (Institut National de Radiodiffusion/Nationaal Instituut voor de Radio-omroep, or INR/NIR) in 1933, and worked with various engineers to ensure that the future structure would meet the technical requirements. Modernist in influence, the building was also inspired by the architecture of the Netherlands, most notably in its use of yellow brick, as well as evoking Art Deco style with its paquebot (‘ocean liner’) or Streamline Moderne outline and its interior decoration …
read more 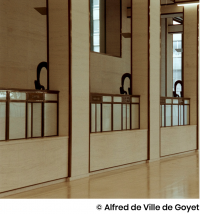 The Flemish Parliament (Vlaams Parlement) takes up two buildings, linked by a tunnel. Since March 1996, all official meetings and receptions have taken place in the former Hôtel des Postes et de la Marine, built in 1905 to a design by Joseph Benoit. It was acquired by the Flemish Council (the forerunner of the Flemish Parliament) in 1987 and underwent a radical transformation …
read more

At a time when clinical biology was still in its infancy, the City of Brussels had a building erected on the CHU Brugmann (Brugmann University Hospital) site to house various laboratories. The plans were drawn up by Henry Lacoste, an architect with a passion for archaeology, who oversaw construction between 1927 and 1933 …
read more 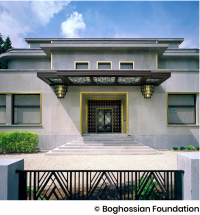 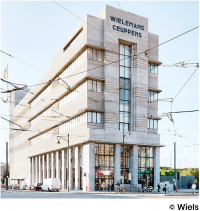 At the corner of Avenue Van Volxem/Van Volxemlaan and Avenue du Pont de Luttre/Luttrebruglaan stand the buildings of the former Wielemans brewery, fine examples of Brussels’s industrial heritage. “Wielemans Tower” was designed in 1930 by architect Adrien Blomme. After lying empty for many years, a restoration, in keeping with the original, carried out between 2005 and 2008, returned the site to how it once looked …
read more 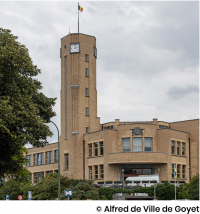 Woluwe-Saint-Lambert/Sint-Lambrechts-Woluwe’s town hall, at the heart of the municipality, is a meeting place for all local residents. Designed in a modernist style by Joseph Diongre and inaugurated in 1939, the building marries Petit Granit (Belgian blue limestone) with yellow bricks from the town of Boom, and boasts a 30-metre-high polygonal bell tower …
read more 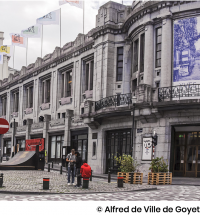 In 1913, the government decided to build “a temple devoted to music and the arts”. Construction work on the Art Deco building, designed by Belgian architect Victor Horta, started after the First World War.
The architecturally monumental yet discreet Brussels Centre for Fine Arts (Bozar), located on the Coudenberg hill, is now a high temple of culture in Belgium …
read more

Walking tour: From Jardin Colonial/Koloniale Tuin to Palace 5: traces of colonialism on the Heysel Plateau 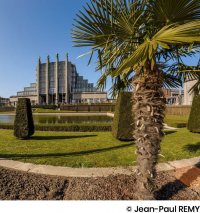 Traces of Belgium’s colonial past – some of them still visible, others erased by time and human activity – can also be found on the Heysel Plateau. These will be revealed on a guided walk taking you to locations abounding with memories: from Jardin Colonial/Koloniale Tuin on Avenue Jean Sobieski/Jan Sobieskilaan to the now-demolished colonial pavilions from the 1935 and 1958 World’s Fairs …
read more