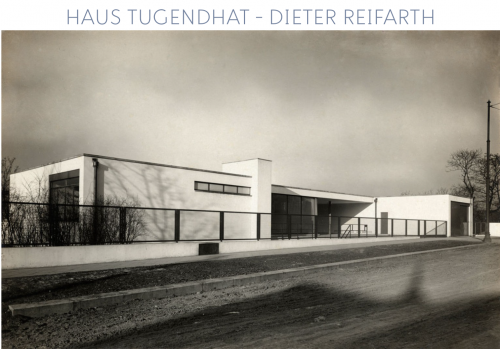 Built in Brno between 1929 and 1930 in the functionalist style by the German architect Ludwig Mies van der Rohe, the Villa Tugendhat, named after the family of industrialists who own it, is one of the Czech Republic’s most famous houses. Through a series of personal testimonies the film tells the story of the house and its inhabitants. A story that also retraces the historical context of the interwar period in Moravia, from the German Nazi occupation and subsequent expulsion and emigration of the Tugendhat family through to the post-war years and restoration of the villa that was declared a UNESCO world heritage site in 2001.